“What’s Next” for the Samsung Galaxy smartphone? 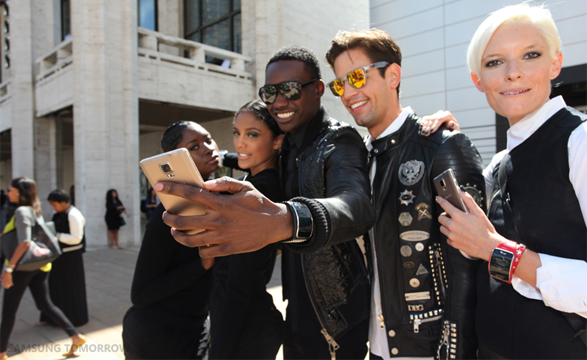 Last night and just weeks before Mobile World Congress, Samsung SVP DongHoon Jang published a blog post titled “The Future of Cameras is in a Samsung Galaxy Smartphone,” where he alludes to what’s next for the Galaxy.

The article outlines the progress that Samsung’s flagship Galaxy phones have made as they’ve evolved from the original Galaxy S to last year’s Galaxy S5. Jang says that the technology used in the 2014 Samsung Galaxy S5 “brought us one step further to finally eliminating the gaps between digital cameras and our smartphone cameras for good.” The blog also outlines how Samsung’s smartphone camera capabilities aim to ‘capture an image as our eyes see it,’ ‘offer users what they need,’ and ‘build the next big thing.’

One point Jang focuses on is a “fool-proof photo experience,” which TechCrunch says may stem from the success of the new iPhone 6 and iPhone 6 Plus, which feature a new auto-focus that adjusts the quality of a photo without even the tap of a finger.

What could be unveiled in Barcelona at Mobile World Congress? We’ll be on the streets keeping you up-to-date with Samsung’s breaking news, just as it happens. Stay tuned!