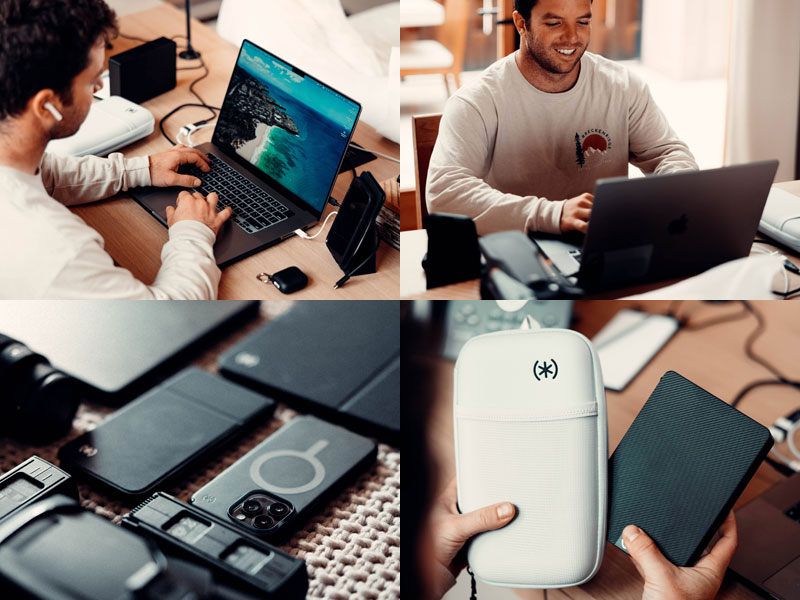 A Passion from Early On

Kevin Wolf, adrenaline junkie and travel videographer, has worked with a range of disrupters from Big Wave Surfer Kai Lenny to Sir Richard Branson. He chronicled the journey from his home in Maui to his recent video shoot in Breckenridge, Colorado, and shares some of his trade secrets for anyone looking to create incredible content far away from their studio.

From the age of seven, Kevin was fascinated with storytelling. Starting with home movies on his family’s tape recorder, he’d stay up all night editing the films he had made using the new, simple editing program: iMovie. Growing up, Kevin’s fascination with video remained constant:

“I would go to the Apple Store in the local mall and have a ton of video editing questions and eventually the creatives at the Apple Genius Bar told me that for some of my hard questions, I would have to go to a proper film school to learn and get those answers.”

After enrolling at Chapman University Film School to major in Directing, Kevin got his first internship as a travel and adventure videographer with Red Bull Media House.

For Kevin, being a great videographer is all about story-telling. Even with the wrong equipment, someone with a great eye and good ear can articulate a moment powerfully. With each project, Kevin focuses on the story he’s trying to tell.

“Don’t get caught up in the technology part of filmmaking; think about how to tell a great story because tech changes over time, but good stories are timeless.”

As a self-proclaimed adrenaline lover, Kevin knows the difference quality tech protection makes. We asked him to share a list of his must-haves for his travel kit. Here’s what he listed:

Using high-quality cases allows Kevin to capture content worldwide without worrying about dents or scratches. However, he does have a few words of caution for fellow videographers, “Don’t get too cocky with flying your drone; it might end up in the Nile river.”

As he looks to the future of video, Kevin sees storytelling coming back in a big way. “I see it becoming more about the person in the vlog and the story and less about the amazing cinematic shots.” His advice to aspiring creators? “Focus on a powerful way to connect to your audience.”

As for who he’d like to work with next? Kevin says he would love to work with the Academy Award nominated director Christopher Nolan.