Samsung took the center stage at Mobile World Congress in Barcelona, Spain this year, when earlier today they announced their latest flagship smartphones with a couple of innovative and intriguing design twists: the Galaxy S6 and the Galaxy S6 Edge.

The new Galaxy S6 Edge demands attention for its one-of-a-kind curved display, which reaches around both sides of the phone, and can even be customized for right or left handed use. Of course, while both feature stunningly fast processors and other dazzling tech specs, The New York Times points out that “with the Galaxy S6 and the S6 Edge lined up next to each other, the S6 almost disappears – you can’t keep your eyes off the Edge.”

What else is so special about these new phones from Samsung? For aesthetics, they depart from the previous Galaxy plastic design and feature an all-around metal construction. They are both thinner and lighter than former Galaxy designs. And instead of the black, white, and gold color options on the Galaxy S5, the new S6 and S6 Edge are also available in vibrant blue and green colors. Bottom line, Tech Crunch calls the new Galaxy phones “one of Samsung’s best-ever efforts out of the box.”

It’s hard to not compare the new Galaxy S6 and S6 Edge to the iPhone 6 and iPhone 6 Plus, some sites even go to lengths to say these new design elements “open fire on Apple,” according to Huffington Post. The Galaxy S6 and S6 Edge are equipped with a fingerprint sensor not unlike Apple’s, and will eventually be rolling out Samsung Pay, whose concept strays not too far from Apple Pay.

The new Galaxy phones will go on sale April 10 with three storage options: 32GB, 64GB, and 128GB. Stay tuned here on Speck Buzz for all of the latest, breaking Samsung news. Plus, be sure to sign up to be notified as soon as our Samsung Galaxy S6 cases and Galaxy S6 Edge cases are available. 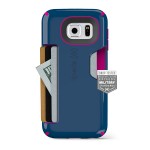 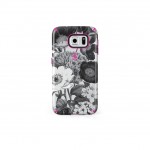 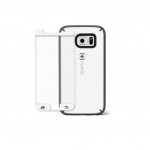 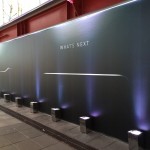 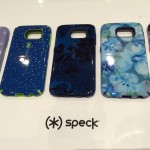 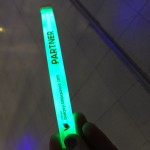 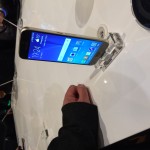 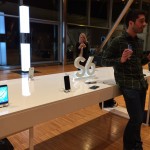