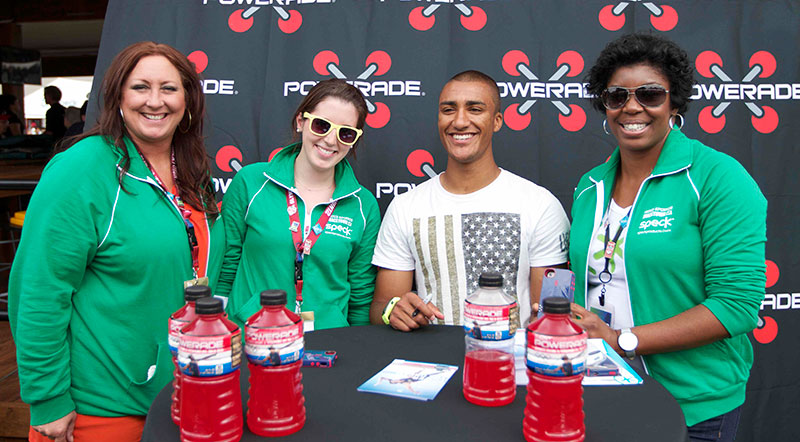 As a “Champion’s Club” level sponsor, the Speck team set up a 20×20 pop-up store; which was our first ever! on the University of Oregon campus, right outside of the track and field stadium – Go Ducks! The pop-up store featured many of our best-selling cases at discounted prices, 2 limited edition iPhone cases (an Oregon Ducks green/yellow case and red/white/blue American flag case), and an interactive photo-booth that auto-uploaded fan photos to Speck’s Facebook account. Speck also had games for consumers to play and live streaming of all the action going on inside Hayward Field. Each night, there were concerts in the sponsor pavilion where Speck employees and athletes were seen dancing the night away!

Speck put cases in the hands of numerous Olympic Athletes including DeeDee Trotter, Sanya Richards Ross, Walter Dix, and Ashton Eaton. Many of the athletes loved the Speck cases so much they asked for more! They wanted to share with all their friends too and we were happy to provide them 🙂