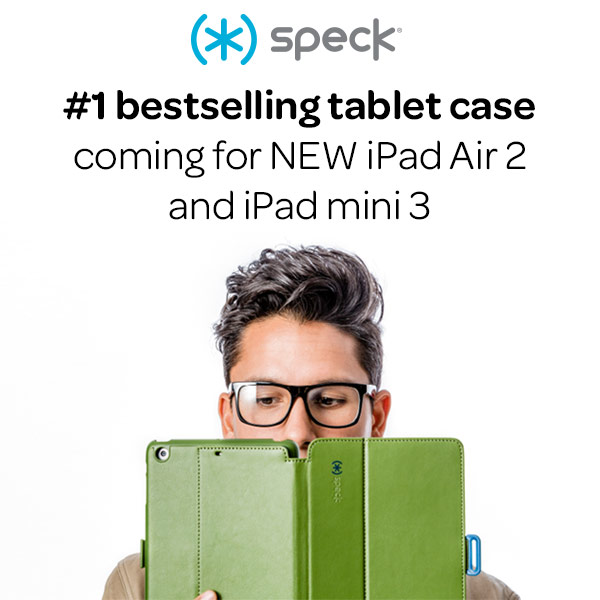 This morning Apple held their second big event in just the last few months to WOW us with new specs, features, and devices. You’d think they were talking about a supermodel the way they described their new thin, gorgeous iPad Air 2 and iPad mini 3. And honestly, we agree.

We heard CEO Tim Cook talk about the “biggest iPhone launch ever” as he cited the record-breaking sales of iPhone 6 and iPhone 6 Plus. We found out that 48% of iOS users are already using the latest and greatest iOS 8. We received an October 20 date for the launch of Apple Pay, which we also learned will already use 500 banks just to start. And more exciting than ever, we learned that the much-anticipated OS X Yosemite that was announced at WWDC back in June is available for download TODAY!

Certainly the most anticipated announcement of the day, Apple revealed their slimmer-than-ever iPad Air 2 and iPad mini 3. Some of the greatest highlights of Apple’s new gorgeous devices?

Stay tuned… We’ve got the #1 bestselling tablet case coming soon for the new iPad Air 2 and iPad mini 3. Sign up to be notified when they’re available.