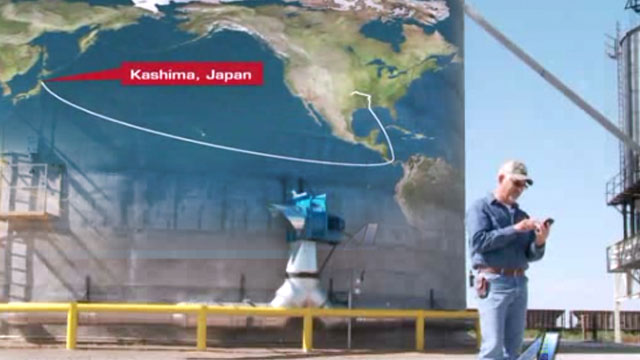 Kevin Whitney was the proud owner of an iPhone 4s and its military-grade protective CandyShell case when it was lost while working on his farm in Chickasha, Oklahoma. The bin of grain that the phone slipped into was shipped around the country before it made its way all the way overseas to Japan.

Plus, “the news station noted that the phone didn’t even get a scratch.”

Mashable gave a full report on the 7,000 mile journey. Of course, it isn’t so unusual for Speck fans to find their phones surviving the most disastrous of situations. There’s no question that Speck’s CandyShell contributed to Whitney’s phone’s survival.